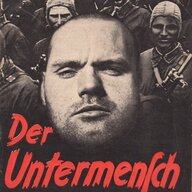 I’d pretend to be sick and miss at least 30 days a semester in high school. Couldn’t handle the amount of suifuel seeping out of those greasy walls.

All life is a game of luck.

The first one during my 2nd-grade year (2001). My mom allowed me to skip school; she called the school and lied to them that I am sick. I got away with it. I played my old Gameboy Color all day to finish the Donkey Kong Country series for the rest of the day.

Second one during my junior high year at 8th grade (2007) I was woke up 20+ minutes late because my grandmother is not in the mood to wake me up twice on that day (she usually nag me like 3-5 times before I get out of my own bed). Still, after that, she always does that until I dropped out in my 11th-grade year before thanksgiving (2009) due to bully and got raped by narcissist scum that cuck blue pill school administers decided to keep him because they find nothing wrong with for guy being raped by another guy that they think it is not a big deal which they would if I am female who is a victim by this guy. It is so stupid.

Noted: I got a GED diploma in late 2013, and I do some better now since 12 years had passed, but I still had to deal with ignorant people and shallow femoids well as a whole society.
Click to expand...

Hope you are ok now. I am really sorry you had to go through that hell.

Wish you well for the future, Fellow cel. I genuinely do.
You must log in or register to reply here.

B
experience with a landwhale teacher in elementary school

At what sports did you suck at in gym class in school?

The Sewers Friday at 9:55 AM
AmIjustDreaming

It's Over I'm 27 but I keep dreaming of high school

Brutal The "teacher pill" messed with my childhood man..q aw