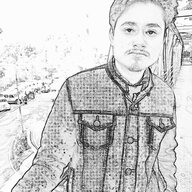 I have done nothing and i was new.Everyone do mistakes and i have done some i accept that.Maybe i have done some racial joking but not racism.Permanent Ban is too much.I think you should unban me and give me chance to come again in the forum.I was dumb but i does think people are hating me for no reason.

You repeatedly violated the rules endlessly with low quality trash posts and ended up getting yourself temporarily banned by our warning points accumulation system.

Then even after all of that you still didn’t get a clue and stop breaking the rules as you quickly went and made an alt for yourself which was a blatant attempt and act of ban evasion.

Thus far you’ve only proven yourself to be a complete trash user, liar and ban evader.

So you’re benched until June of next year which is a more generous than you deserve low amount of time before I or anyone will ever consider another ban appeal out of you.

During that time I suggest you familiarize yourself with our rules by actually reading and obeying them next time around.

That is if there will ever be a “next time” around for you as I may make your possible return in June entirely dependent on mod vote.

Also note that if you make anymore alts in the interests of ban evasion or for whatever reason what I said above will be null and void and you won’t get another chance so no more stupid shit if you actually do value this forum community and want to be a part of it again.
Last edited: Dec 3, 2021