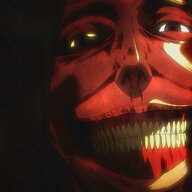 Moms might want to hang on to those Mother's Day cards they got last month. There may not be much more familial goodwill forthcoming — at least not after kids get wind of a new study released by Harvard-affiliated McLean Hospital and published in the online journal PloS One. Turns out that your mother's feelings for you may not be the unconditional things you always assumed. It's possible, researchers say, that the prettier you were when you were born, the more she loved you.

It's never been a secret that beautiful people get more breaks than everyone else, nor that the bias may start in the nursery. An oft cited — and deeply disturbing — Israeli study once showed that 70% of abused or abandoned children had at least one apparent flaw in their appearance, which otherwise had no impact on their health or educability. McLean psychiatrist Dr. Igor Elman and postdoctoral student Rinah Yamamoto devised a study to explore that phenomenon more closely.

Elman and Yamamoto recruited 27 volunteers — 13 men and 14 women — and sat them at computer screens where they were randomly shown pictures of 50 healthy and attractive babies and 30 others with distinct facial irregularities such as a cleft palate or a skin condition. The volunteers were told that each picture would remain on the screen for four seconds but they could shorten that time by clicking one key or prolong it by clicking another. What the researchers wanted to learn, Elman explains, is how much effort people were willing to exert to look at pictures of pretty babies or avoid pictures of less pretty ones — and, importantly, what that implies.

Much of the answer, they found out, depends on the beholder's sex. The men in the study were less likely than women to click off photos of unattractive babies — viewing them for the full four seconds — but clicked quite a bit to hold on to the images of the pretty ones. Their reactions were the same whether they had children of their own or not. Women, conversely, left the keyboard alone when they were looking at pretty babies but hurried away from the less attractive ones — with the results again not seeming to be influenced by whether or not they were mothers themselves.

"[Women] pressed the key 2.5 times as much to get rid of those pictures," Elman says. "That's highly statistically significant."
Of all the things driving that response, the most primal one may be evolution. Parents devote a lot of resources to raising a child — food, time, money, love — and those assets are usually in finite supply. All animals, humans included, are hardwired to spend wisely, devoting the most energy to the offspring most likely to yield the highest genetic payoff; healthy, beautiful offspring are the best bet of all. Perhaps women, who still must do the lion's share of childcare, are naturally more attuned to this trade-off than men are. "In general, men tend to be aesthetically oriented," Elman says, "so they'll press a lot to hold the beautiful babies on the screen. Women are more consequence-oriented."

There are some potential holes in Elman's work, all of which he acknowledges. For one thing, it's possible women avoid the unattractive faces not because they're less sensitive to them but because they're more sensitive, simply finding the hardships endured by unhealthy babies too difficult to contemplate. Such highly tuned empathy can ultimately make them better caregivers, even if a four-second exposure to the idea is painful. "Everyone will try to get away from a stimulus that feels like a punishment and hold on to one that feels like a reward," Elman says.

More important, the way people of either gender react to a picture of an anonymous child with physical abnormalities is likely to be radically different from the way they would react if that child were their own — something that is readily evident from all the disabled children on whom parents lavish love. Still, the fact that both parents and nonparents in Elman's study reacted the same way to the pictures suggests that their responses are deeply ingrained and that they may be hard to mitigate simply by having children of their own.

The gender differences, by the way, don't let fathers off the hook. Men may not have hurried to get the unattractive faces off the screen, but neither did they linger over them the way they did the attractive faces. In both cases, this suggests bias, and when the rubber hits the road of real childcare, parents of either sex may end up having similar instincts. More clarity should come when Elman conducts the next phase of his work: running the same experiment but hooking the subjects up to brain scans throughout it. This will make it far easier to see just which areas of the brain are activated when viewing the pictures and, by implication, which feelings and motivations are being evoked. Until then, both Mom and Dad — who already have enough to worry about — should probably get the benefit of the doubt.
Click to expand...

Clearly the ugly kids are mysogonist, don't shower, and have bad personalities.
A

The ugly boys need therapy, and then their parents will love them.

I read a similar study to this. I get why, though, ugly babies get less love because they literally deformed, i.e. cleft lip.

Not even the love your parents have for you in this world is pure. Just fucking lol
F 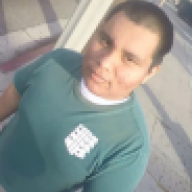 whogivesafucc said:
Not even the love your parents have for you in this world is pure.  Just fucking lol
Click to expand...

Nothing in this world is pure 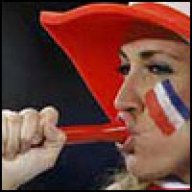 It's time to give earth back to the dinosaurs

RREEEEEEEEEEEEEEEEEE said:
I read a similar study to this. I get why, though, ugly babies get less love because they literally deformed, i.e. cleft lip.
Click to expand...

Normies: B..but.. looks don't matter, no one treats people lesser because of their looks, it's all in you're head!

Nautica1983 said:
Normies: B..but.. looks don't matter, no one treats people lesser because of their looks, it's all in you're head!
Click to expand...

Frigging normies.. even parents will show their baby less affection if they are born with a cleft lip. I understand that getting surgery for it is a desirable option, though. 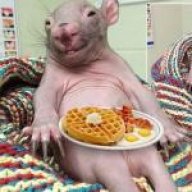 ..just gas the human race, we arent worthy of love.
You must log in or register to reply here.

Jul 8, 2022
depressedblackcel
D
E
Blackpill The reason women are more selective than men is NOT because of pregnancy worries, safety, etc. The real reason is because men pursue women.

Jul 31, 2022
ConservativeCel
C
E
Blackpill (MULTIPLE STUDIES) The dating world is matriarchal, and women have it easier with dating.
2

Yesterday at 8:09 AM
Revolution Needed 2