There are no individual solutions to systemic problems. Only tiny circus artists can put their legs behind their head and pull themselves up by their own bootstraps. And the idea that you can make it from dishwasher to millionaire if only you work hard, or that at least a minimal amount of fucking SECURITY is achievable as long as you play by the rules and aren't lazy, is a lie. "It’s called the American dream because you have to be asleep to believe it." (George Carlin)

Likewise, what TRP and Inceltears are selling is based on the same ideological premises: it's just the sexual version of the American Dream. It's the same unpolitical individualism that is so dominant in Western thinking now: the order to "work hard" equals the demand to "lift hard". The "think positive mantra" equals "be confident, brah", and the idea of just playing by the rules equals the concept of having a good personality.

Also: both concepts are based on the just-world-fallacy: since we live in a just world and even the most serious political/systemic problems allegedly have an individual solution, losers only have themselves to blame. If everyone can make it simply by being diligent and having a good personality, those who DON'T make it, aren't simply poor, they are LAZY - they aren't simply lonely, they are despised.

I thought that was called Social Darwinism 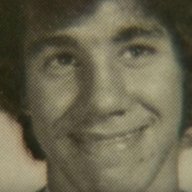 Good analysis. Cucktears don't realize they are using the same arguments they claim to be against when it comes to other issues like racism, wealth inequality and so on. I suppose they're too stupid to realize the same thing applies to incels.
You must log in or register to reply here.

SuicideFuel Went to the gym early today in the hope of not getting mogged. Depressionmaxxed instead

Blackpill Cats are foids of animals and dogs are men

Based Islam says "The Majority of the Dwellers of the Hell Fire are Women".