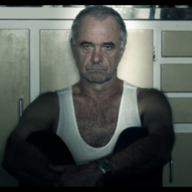 We know well that in the dating market women have free reign over deciding who they get to have sex with most of the time, and the choice to either be in a relationship or not. This is irrefutable but feminists dont touch it, only complaining about rare occurrences of sexual assault as a main driver of their disgust toward males as a whole. But do they have to say about this:

Russian women are officially banned from working in dozens of occupations, as these are considered "too hard or hazardous", still the men earn their right for retirement five years later than woman, stresses the country's leading expert in gender equality issues Dmitry Seleznev. "Russian men are driven to their graves with the huge injustice they face in every dimension of social life. Take alimony slavery, gender-biased approaches in courts, reproductive rights deprivation, to name a few", he says.

Will they touch this? I want women reading this imagine a life where no one cares for you, you dont get the attention you lust for. Would you be able to do it? Would you be able to live a life as a backround character slaving away, where your two thoughts outside of work is jacking off or how you should off yourself? Not saying it isnt hard being any person, but where is the compassion you virtue signal on the daily about? Wheres the love for the average guy? The one who puts up with it and knows people think less of them. They will never care. As long as their needs are met they will never care for any struggling man.
You must log in or register to reply here.

W
Discussion why do so many ppl wanna block you from having a gf?

Media Murder of woman in Ireland this week

Discussion So... it's fine to show women's butts but not breasts?

The end of the West and white people