Three years of self reflection and personal improvement 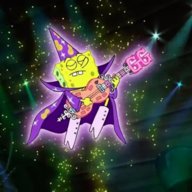 I was banned three years ago by

@WithoutMe for a bait post that had the title (ban incoming).Which was obviously a very dumb thing to do and I regret ever making that thread and I was in no way serious about that.I had a history of making very edgy posts that got lots of attention which just encouraged me to make more posts like that.Though,that time I was too direct and I definitely was having a bad day, so I vented my anger online in the only place I could which I believed would have no repercussion. The mods always overlooked my behavior and I had many warnings ,a grand total of 24 and a single temporary ban where as other users usually got a ban after a couple warnings.I took the kindness of the mods for granted and thought I was a special exception and could do whatever I want but I was quickly proven wrong.I was alot younger and in a bad place in my life back than ,I've had time to grow and get myself out of this very attention hungry mindset and not be so reliant on this site for social validation.Yet, I still always came back here from time to time to just to catch up on things and see how some of the user's that I interacted with and looked up to were doing.I really wanted to communicate with them and be apart of this community again but I blew my first ban appeal the very day I got banned which in hindsight was a very dumb thing to do but I was just that desperate be back.The mod who banned me

@WithoutMe seemed very angry because of this and perma banned me with no chance of a second appeal.I messaged him a year later and apologized but by than he was no longer a mod as he told me and didn't have the power to repeal my ban or give me another chance to appeal.I really missed this site recently and kind of screwed up by creating an alt account with literally the same name and profile picture/custom title

@TrueFaithScrewOrder which some users recognized, I knew I'd get banned but I had no other way to access this site and I didn't want to create an entirely new profile and pretend to be someone else just be apart of this community again, like some kind of rat.In hindsight I'm glad I did ,another mod had the generosity to give me the opportunity to make a second appeal on my real account and I hope no holds this against me.

Since that was back in 2019 you can come back. I know you couldn't make an appeal so we can overlook the alt.

Why was I banned?! My story

There's absolutely no indication in my posts that I'm not an incel.

The thing that happened between me and this ugly local was a one off.