Dating for Chad's is easy mode, dating for toilets is tutorial mode. We all know this, and this is one of the basic fundamentals of the Blackpill, but I'm here to invent another pill, or to name another phenomenon that too few members of this forum seem to be aware of, namely that shit tests aren't equal.

Toilets have different shit tests for different tiers of men and you need considerably more face, height, and degrees of European blood to pass these. Top tier Chad needs to do really bad to fail a shit test, but as Chad's today are easily replaceable through Tinder they will also feel the brunt of shit tests, that is while getting to sleep with a toilet is easy for them, toilets still give them shit tests and if she has more Chad's in her DM's (which remember, in 2022 she does) she can easily replace him with another Chad.

For Normies shit tests are absolutely brutal, the smallest things will get them ghosted forever. For us Sub-5's we don't pass the looks test so the Brownpill (named so after the colour of fecal matter). I think that this is the most important distinction between Incels and MGTOW, many MGTOW pass the looks test and get into relationships, but fail the shit tests. This is why they often just go for casual relationships and get divorced.

So what's in the title?

Because Chad's pass shit tests more easily they often don't experience the bad parts of relationships, but most Chad's lose their looks as they age, by this time toilets become less forgiving for them failing shit tests as they are no longer shielded by the halo effect.

Chadlite's can fail like a dozen or half a dozen shit tests before a toilet will dump him.

For a Normie simply failing a single shit test is the end of all and any minor attraction she ever had for you, in fact the only reason she wanted to be with you was because you jumped through her shit test hoops successfully, but you made one small mistake that one day and now your love and sex life is over.

Again, for us Sub-5's there is no shit test, we don't pass the bare minimum of a toilet's looks test so simply existing is failing a shit test because toilets literally view us as walking shits.

Men have absolutely 0 shit tests, take the ugliest toilet in the world, pair her off with an absolute Gigachad Calum Von Moger-level modern Hercules. She can have the shittiest personality, insult his mother as a form of greeting, literally cheat on him with 8 guys in the morning and different 8 guys in the evening, physically and emotionally abuse him, and cuck him further by forcing him to raise kids that aren't even his and withhold sex from him and he will still accept it.

A morbidly obese version of this toilet still mogs Chad into a different dimension.

When you play a video on easy mode you can stroll through it, but making the absolute dumbest decisions can still make you lose the game.

We play it at "Impossible mode" where the screen just says "Game over" whenever you load it.

In contrast literally everyone born with a vagina plays tutorial mode, that is you can literally make the worst possible moves and you will still absolutely win because in the tutorial "there are no bad moves". 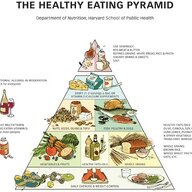 The key to reducing females' value is to have mandatory 2 females for one male policy.

Zhou Chang-Xing said:
We play it at "Impossible mode" where the screen just says "Game over" whenever you load it.
Click to expand...

No more like an anti-piracy copy where the game looks playable at first, but the devs rigged it to be impossible the moment you go to do anything.
You must log in or register to reply here.

Discussion Makeupmaxxing, do most Chad's do this? Or is it pure genetics?

Theory Attraction and rank dominance (Chad's Vs. Alpha's, and their relationships with toilets)

Blackpill If you missed out on "Teen love", it's already ovER

Blackpill How promiscuous are toilets really?