Sorry about it, please unban me 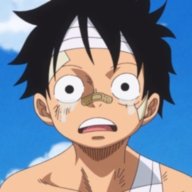 I read the rules of the forum again, and understood not to discuss about failed experiences again. I think I qualify to be considered in this forum since I'm still a virgin. Very sorry for the earlier post and please unban me.

shadowsoulz125 said:
Not trying to brag but I had an ugly foid show interest in me once last year. The feeling, while somewhat pleasant, was nothing spectacular because I wanted nothing to do with her.
Click to expand...

and from 2017:
"I mean, im a 5/10 but ive rejected 3s and 2s because i cant get attracted to them. 7s and above never see me as a sexual being. It's not volcel because if it was, most of you will not just go for hambeasts and ugly hoes because you have standards."

"So somehow I managed to go out with a slightly chubby roastie 5'3 130lbs. We were making out taking her clothes off kissing when suddenly she suddenly decides to change her mood and go back home. And I got blocked on her social media the following day. You know its over when even a fattie roastie rejects u in fucking.
Well, at least I got to feel some tits."

you qualify for the garbage dump of this forum, not the forum itself.