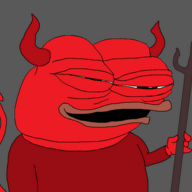 Non whites can't be trusted to give accurate rating to whites. They either greatly over rate them being of halo effect or they think they're ugly as shit.

Chad lite ethinics especially indians worship whites so much that they will see a sub 4 white male and believe he's a slayer and think to themselves "If i was in that ginger kids body I would totally slay." Indians self hate more than most other races. central asia is a close 2nd followed by west Asia (arab world) and then east asia doesn't really hate themselves they just hate their men.


So basically you cant trust a non white to give you as a white person a truthful rating because they will be rating your pheno type and pale skin and colored eyes which is seen as very desirable in those regions and the men hate themselves so much they wish they were a 3/10 white.
K

I only trust my Whiteself.

Not even that sometimes...

But didn't you say you weren't white?

It because stupid they're

Sub-eight white males are virgins.
You must log in or register to reply here.

Blackpill Non whites are obssesed with blondes and redheads
2

so fed up with dealing with foids

Would an ugly non-NT do better in a legit 3rd world country?