Serious Message to IT and other feminists regarding Christian incels 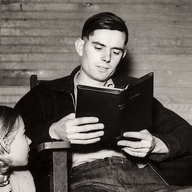 (I'm only adressing these people here because I consider this an important issue, as I've been trying to avoiding doing so since I already noticed they'll just gaslight us nonstop no matter what and it's pointless).

Do feminist "Christians" accept that women were made for men and not men for women? That the husband is the head of the household and has authority over the wife? That women shouldn't teach or have authority over men? That they should remain silent in churches, as it's a shame for women to speak on churches? That divorce is a sin? That women can't be pastors? That God made men and women for different purposes and there are only two genders? That homosexuality is wrong? Etc etc. I don't think so. All of these are biblical truths.

Promoting wrong things and thinking they're right is worse than even doing those things. This is the case because it's a sign you didn't go through the metanoia, which is a needed step for salvation. Also, it's one thing to commit personal sins in your room, and other to preach those behaviors to others, particularly young children like LGBTQABCDE++++ people and other leftists do.

The guy from the pic is fat which implies gluttony, has long hair as a man which also isn't allowed in the bible, etc, but if he at least has the metanoia and knows these are wrong, he's already much better off spiritually than a feminist "Christian", especially one who preaches feminism to others. What he's preaching there is right. 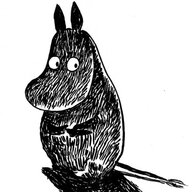 Christians today are such submissive larpers and they still get hated. A prime example that negotiating with your enemy (degenerates) never works. 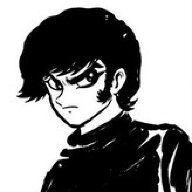 Your problem is assuming that ITcels are capable of rational thought. They also don’t care about whatever type of Christian you are. As long as you think foids needs to to accountable for their actions, they will always be against you.

Musky_Ogrecel said:
Christians today are such submissive larpers and they still get hated. A prime example that negotiating with your enemy (degenerates) never works.
Click to expand...

Musky_Ogrecel said:
Christians today are such submissive larpers and they still get hated. A prime example that negotiating with your enemy (degenerates) never works.

There really is a rise of men who wear drag and fuck other crossdressers in the ass out of sheer desperation
Click to expand...

Homosexuality is just a perversion. The more degenerate sexual behavior your engage in, the greater the chances of developing new fetishes and perversions, eventually homosexuality as well.

There's nothing special about homosexuality (in the positive sense, which would make it different from other perversions). But in the bible, things like homosexuality and bestiality are refered to as abominations, which implies that they're worse than other perversions such as wanting to engage in a particular fetish with a woman (as a man) or something like that.


gimmedatrope999 said:
Your problem is assuming that ITcels are capable of rational thought. They also don’t care about whatever type of Christian you are. As long as you think foids needs to to accountable for their actions, they will always be against you.
Click to expand...

You're right overall of course. But if one of these people muses about what I've written before sleep and reconsiders his public approval of wrong things, it was already worth it.
Last edited: Jan 9, 2022
You must log in or register to reply here.

Blackpill Islam is the true solution to inceldom.
2

J
Christianity & Sex in Heaven. We Men with Incel problems are the Reason Sex needs to Exist in Heaven