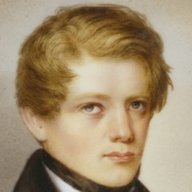 Nobuhiro Watsuki, creator of the hit manga Rurouni Kenshin, has been charged with possession of child pornography.

According to the Yomiuri Shimbun, investigators discovered several DVDs that showed nude under-15 year-old girls at Watsuki’s Tokyo office. Similar DVDs were also reportedly found at his house.

Watsuki is quoted as telling authorities, “I liked girls from the upper grades of elementary school to around the second year of junior high school.”

Debuting in 1994, Rurouni Kenshin has sold over 70 million copies and went on to spawn a hit anime and several live-action films
Click to expand...


His shounen classic is now returning to hiatus: https://kotaku.com/rurouni-kenshin-manga...1820671548
You must log in or register to reply here.

My son is a hateful incel, and I just cannot save him or defend him anymore.