I would like to make a triumphant return to Incels.Is 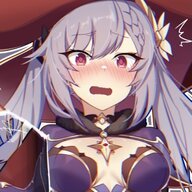 @i_a_m_i may i please be unbanned?

i got banned at a zero warning level. I know ive made tranny threads before but it was mainly to bait other users. I did it this time because I was trying to get banned normally. You might not believe me but I swear on my grave thats what It was. I made a huge mistake because i thought i would be able to cope without this board so i wanted to get bannned.

But i cant. I need to come back. I need to be able to vent about gynocetric society. I am not a faggot i swear i will do anything to prove it. I fucking hate fags and sjws.

Fags are evil actually for trying to convert ugly straight men to faggotry.

tl dr i made a huge mistake making a thread i knew would get me banned. I did it because i wanted to be banned. But now i regret that HARD i am not coping well without this board please my niggas like

Okay. Do not make the same mistake a third time.

A
Serious I hate you all traitors who deleted their accounts. Why would real incel ever do that?

If I do a big write up on my Sims character, I'm not gonna get banned for some silly rule am I?

Discussion what does the site look like when you get banned?

I tried to kill my father a while ago