If you guys remember my earlier post. I talked about how I got a crowd while playing once. This time I was feeling really confident about my skill and decided to play one of the hardest songs.

Issue numero uno: I was pretty dehydrated from walking around the mall and not drinking anything at all before I left or once I was in the mall.

Issue ni: It was a really hot day and I had on a hoodie so I was really hot and sweating pretty hard.|

Issue drei: I had nothing to eat that day but some oatmeal and that was like 4 hours ago so I was pretty hunger.

And finally issue four: I hadn't done any stretching or warming up.

Mix all of these factors together and you get disaster. I finished Night of Nights, started feeling a bit queasy decided to do Bad Apple finished it and then absolutely blew chunks and felt terrible. My mom who was there at the time went to get me water and helped me out of the arcade.

On that note I'm going out tommorow to play some more. We're all gonna screw up but that doesn't mean we shouldn't get back out there and try again when it comes to hobbies.

An honor to see such a chad on my humble post 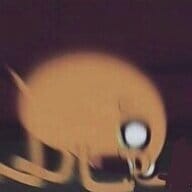 That happened to me but I drank 50 beers there

proudweeb said:
That happened to me but I drank 50 beers there
Click to expand...

It seems we are bound by fate,
You must log in or register to reply here.

LifeFuel I got a crowd while I was playing Dance Dance Revolution!

Cope I tried weed and I liked it

SuicideFuel All alone at 3 AM with nothing to do and suffocating on this quiet and gentlest of nights.

JFL Weird dream of foid astronauts burning up on reentry