HEADS UP FOR ANYONE WHO IS NOT POLITICAL, IT IS WRITTEN BY A NOTORIOUS STORMFRONT GUY.

https://www.youtube.com/watch?v=pJhmnjo_CJw Tucker Carlson reported on Chris Chan on Friday. It was

I’m Not Piling on Chris Chan​

People keep asking me why I haven’t written about Chris Chan having sex with his mother and getting arrested for it.
Chris Chan is a degenerate and everything else, and I don’t really doubt he had sex with his own mother repeatedly.
However, he is also fully mentally ill, and he should have been locked up over a decade ago in a padded room where he could draw his Sonic the Hedgehog pictures without hurting himself or others.

Chris Chan having sex with his mother does not reflect on Chris Chan. Everyone knew he was insane, and something surpassing the ultimate levels of grotesquery was bound to happen eventually.
This is society’s fault. It is society’s fault.
It is not the fault of the internet, not the fault of Kiwi Farms, and it is most of all not the fault of Chris Chan.
It is the fault of the government, the media, and the people who support the government and the media.
Above all, I blame the Jews and their psychiatrists, who will be found to be at the very root of this scandal when the truth is ultimately revealed.
For those who don’t know about Chris Chan, let me just say: this is more complicated than “a tranny having sex with his elderly mother.” This is the culmination of a sad, sorry story about the way the mentally ill are treated in America, and it ultimately reflects onto all of us.
This is a society that has stripped us all of our humanity, turned us into programmable machines so they can run bad code on our souls, to use us as pawns in a gigantic satanic psychodrama that not even the directors understand the meaning of.
All of this saccharine love of the brown people and the faggots is a cover-up of the blackness that is at the heart of this society, which stuffs everyone into a meat grinder.
People want to pile on a lunatic Sonic the Hedgehog fanatic as a way to feel superior in a society where they know they are one bad day away from ending up on the front of every news website for committing some awful crime that they don’t remember committing and feebly trying to blame it on the dimensional shift as they get hauled away.

This is what “godlessness” looks like, and it has only just begun.
No one is innocent and we’re all doomed.
The only thing that can clean up this filth is fire.
Christ have mercy.

Tucker Carlson reported on Chris Chan on Friday.
It was a lot of fun.
He didn’t call him “Christopher Chandler,” he called him “Chris Chan,” and then kept referring to him as “Chan.”

Chris is currently locked up on charges of having sex with his elderly mother. Tucker made this a story about putting trannies in women’s prisons. Chris was scheduled to be placed with women, before the cops in Virginia changed their mind.
I think they should have put him in there.
Better yet – they should just let him out.

I liked Chris better before he became a tranny. I admit that. I was also heartbroken to hear the story of him having sex with his mother. But he always was going to become a tranny, and apparently, he was always going to have sex with his mother.
But maybe instead of piling on Chris, we should consider the society that produced him – a society of which we are all a part.
Chris is a mirror.
That’s all he is.
He is a reflection of the sins of a nation.
Everything horrible thing that this society has done – that we have all done to each other – is present in the person of Chris Chan.
If you are disgusted by Chris, then what you are actually disgusted by is the society that you allowed to manifest.
We can blame the Jews, we can blame women. We should blame both. But ultimately, we must realize that none of us are innocent.
This system is total. We are all tainted by it, like the citizens of Sodom. We have all partaken in its rotten fruits.
The Chris Chan disaster could only have happened in a completely godless society infested by sickening, Christ-killing Jews.
Chris needs to be taken off the streets, so as he does not harm himself or others. But acting like he is somehow capable of standing trial for any crime is ridiculous.
Just as we are all guilty, we are also all victims.
That’s what “godlessness” is.
There are images of it in Dante’s Inferno – of monstrous beasts in an orgy of cannibalism, all eating and being eaten.
I just can’t wait for it all to come crashing down.
At this point, there is nothing worth saving.

It has come to my attention that some readers do not know who Chris Chan is. This is very difficult to process. But hey – I live to serve.
Probably a good place to start would be Mister Metokur’s videos on this legendary figure. They are cataloged on BitChute. Click here.
Probably, if you look into this situation, you will come to understand why it is that I will not simply condemn Chris as an evil pervert. He is an evil pervert, obviously, but he is also a highly impressionable moron, who would have been the cultural epitome of any society that he lived in.
If he’d lived in Ancient Rome, he’d have known the names and backstory of every god and gladiator, and dressed up like these figures, painted pictures of them. If he’d lived in puritan New England, he’d have been the assistant of the top witch-hunter, keeping tabs on all of the latest happenings in the daemonic realms.
If he’d lived in any society but this one, he’d have been a slightly annoying but generally social individual, engaging in normal sexual behavior.
Chris Chan is a living tragedy.


Saudade said:
he is fully mentally ill, and he should have been locked up over a decade ago in a padded room where he could draw his Sonic the Hedgehog pictures without hurting himself or others.
Click to expand... 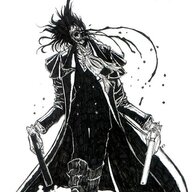 Chris Chan should be burned at the stake

Read the articles, it's not completely his fault.

Ok
When I sober up 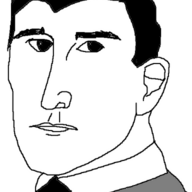 <human said:
sonichu is the greatest contribution to humanity that the west has created
Click to expand...


Fuck life is a joke 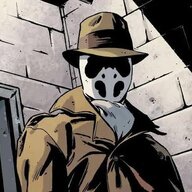 Not in touch with humanity

Is that real poop? 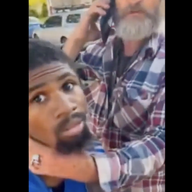 God damnit, Chris Chan used to be all fun and games. What happened to the good ole days of liquid Chris and Clyde cash. It’s not fun anymore. It’s just sad. I’ll miss the good days.
You must log in or register to reply here.

Blackpill I asked foid from uni about height vs face

Why did Chris Chan do what he did?

Officer Buys Hat and Gloves for a Woman Caught Shoplifting