Gaming Dragon's Dogma is lifefuel and based 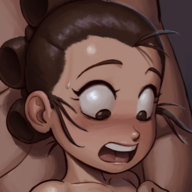 It's an open world action RPG with a decent story, a good character creation system and excellent combat mechanics, seriously one of the best titles I've ever played directed by DMC 5's director, but wait, its also got somewhat of a romance system in it where if you get close to any NPC in the game (by doing their sidequests and giving them gifts) they become your lover and you get to marry them, why this is so lifefuel is because you can make an absolute hell of a fat balding indian janitor manlet truecel and score with the biggest gigastacy in the game, you even get to watch them makeout, I made a character that looked like me and delusionmaxxed in the game.

Oh and did I mention that no matter what age you make your character be you can marry even jb characters? I don't know how Capcom got away with this but they did
You must log in or register to reply here.

Why I am not blackpilled
2

Serious Explaining why BlackPill is better than Islam and how Islam is not based as you thought, so the coping with Islam in this forum should be stopped!
2 3

The most based thing you’ll ever read

What's your opinion on turn-based RPGs?