If you're a trucel then you've never had any relationship, you dont have the relationship experience with foids, all the drama, the fights etc.

Yet you encounter the blackpill. Now you're mentally vaccinated, despite never been into relationship with a foid. Your mind kinda now have an idea of what to expect. And that makes you way more sensitive to toxic personality from foids just like your immume system would be much more sensitive to new pathogens after you're vaccinated.

Now, i feel im much more sensitive to personality cues from foids. Im more obsersant to red flags, to foids' manipulations, their lies, their intentions.

As other users have said, they're now stacy-sexual after being vaccinated with the blackpill, and can no longer tolerate relationships with lower tier foids based on the assumption that all foids inside are ugly, so they can only tolerate stacies coz at least on the outside they're beautiful. In some way i feel the same, though i do think there're plenty of beckies who have acceptable personality as well.

Unvaxxed, aka bluepilled normies, often enter into abusive relationships with foids, and tolerate their craps, their constant naggings, bitchings, complaints, even cheating and domestic violence. That Gabbie foid who disappeared is an exellent example, she scratched her fiance in a fight in a store, and the guy finally snapped and put her in her place. Such bullshit would have been avoided if that guy was vaxxed at the start.

I got vaxxed way too late in my life. Being blackpilled earlier would have avoided me lots of pain and self-blame in my life.

What most normoids lack is self awareness 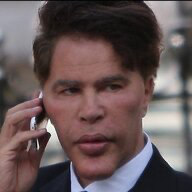 Being blackpilled is like taking off blindfolds and understanding the true nature of reality. The blackpill and looks pill determines everything in life, not just foids, but your future friends, careers, everything

Dotrinfobe said:
Being blackpilled earlier would have avoided me lots of pain and self-blame in my life.
Click to expand...

Dotrinfobe said:
I got vaxxed way too late in my life. Being blackpilled earlier would have avoided me lots of pain and self-blame in my life.
Click to expand...

Same brocel, i went trough life not seeing the shit the foids are right in front of my eyes. God bless blackpill.
You must log in or register to reply here.

Soy Most Asian men who get white foids seem to be the giga simp kind.

RageFuel The vaccine trip was ragefuel. full of mogging and discrimination