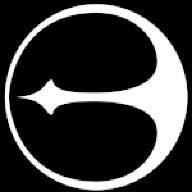 On Cuckreddit, being a "climate change denier" is reason enough for being banned on many subs.

On .is, being a "dogpill denier" is also reason enough for a ban ? This seems to me to be awfully like a mirror image of the

If the is just an inverted mirror of the , it does not exist at all.

But I do not believe it is so. Banning someone because he rejects one point of dogma (which is far from universal among incels) is not the spirit of .is

Therefore, I believe that this ban must be an error. @SergeantIncel

You weren’t simply banned for mere disagreement alone but first and foremost rather because many unrelated users reported that they felt you and JayGoptri were working together behind the scenes as infiltrators with the clear intent and mission of disrupting and subverting the site gradually over time from its based black pilled stance and tone to a far more cucked and blue pilled manner of thinking and behaving.

Now getting back to the dog pill subject…

The dogpill is borderline indisputable with countless accounts worth of evidence.

You exhibited the same problem or rather “attitude” as Jay where he would belittle and talk down to users who disagreed with him while providing evidence while he brought about no evidence of his own to disaprove of the dogpill.

Disagreement is perfectly fine and welcome if you have something to bring to the table but neither of you guys actually did so you’d predictably resort to the gaslighting/crazymaking psyche warfare tactic of shit posting in place of actual debate.

Well the majority of users here don’t want to discuss something that's already thoroughly agreed upon and proven beyond a shadow of a doubt with near endless real world examples unless once again you guys had legitimate counter points (you did not) and you were both thoroughly dismantled and couldn't handle the criticism that came with your claims and were eventually punished for that and outed as infiltrators and you’re now both butthurt and banned.

Now just as I told your boy Jay come back in three months time and try to convince myself and the rest of the mod team how you’re not actually an infiltrator and will provide solid evidence to back up your claims from now on instead of belittling and attempting to gaslight users and actually prove that you’re one of us somehow, some way and genuinely belong here.

Being incel is now a fashion statement.