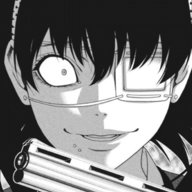 Chair of the Beautification Committee

Please unban me, I am very sorry for posting on an alt after you told me were I to do so again I would be permanently banned.

The only reason I posted on that alt was because I wanted to keep a low profile on the forum while I focus on preparing for my upcoming trip to Japan. I have lots of friends here and I thought were I to post on my Zesto account I would become engrossed in wanting to engage with my friends and neglect my studies.

But I love the site, so I went on that account so I could make a few posts every now and then while I had some downtime. I wasn't trying to be sneaky or disrespect you. When you confronted me on that account I admitted right away that it was my account, and I explained to you why I was using it. I even told you the username of my other alt (and the only other account I had) as a token of good faith that I was not trying to deceive you.

I'm really sorry because I made a mistake by not asking for your permission to use that alt. I was told by

@blickpall were I to have explained beforehand you most likely would've allowed me to.

I didn't tell you because I was afraid you would say no. And if you said no I was afraid that if I posted again on Zesto I would stop studying Japanese and instead post too much.

I thought if I used the account and showed that I could use it responsibly, without breaking any rules, then I could explain to you after the fact and you would be more likely to say yes.

This was really dumb of me, and once again I am very sorry that I didn't ask your permission first, and even if you said no, to just continue posting on Zesto.

I did this because

@RageAgainstTDL 's thread he made about me motivated me to take my studies more seriously. As I have a difficult road ahead of me.

I showed you my plane ticket as proof that I did not make up my ambitions in Japan and that I'm truly going through with it.

And I know I said a lot of mean things about you,

@SergeantIncel, and the rest of the mods on Looksmax.org. I was feeling very hurt, and that's why I did it. But I was just expressing how sad I was being banned by lashing out. And I admit that was wrong of me to do, and I am sorry for the mean things I said about all of you on Looksmax.org

I was very sad I was banned which I was reacted so immaturely on that site.

and I apologize if you think I was bragging on Looksmax.org

I have BDD (Body Dysmorphic Disorder). I hate the way I look.

When I was LDARing, before I discovered anime and manga and any cope, before I had plans to go to Japan, before I found this site.

I was a mess. I would not comb my hair, brush my teeth, for long periods of time because I couldn't handle seeing myself.

It was only when I started convincing myself that I looked Asian and that I could be a J-Pop boy and that Asian girls would like me that I was finally able to brush my teeth everyday, and wash my face, and look at myself in the mirror.

That's why I'm so obsessed with Japan, there is nothing else that gives me hope in my life.

I remember when I was a teenager I started punching myself in the face repeatedly while screaming at my father how could I be born this ugly. That was my lowest point. My father then had hospitalized and given a psychiatric evaluation.

My life was hell.

I was bullied and beaten up regularly in high school and middle school. I did not have any friends ever. You may find it hard to believe, how can someone go through school without having any friends? But I didn't.

And for a long time those anime characters were my only friends.

But that all changed when I discovered this site.

I finally had actual flesh and blood people that accepted me and wanted to be my friend. I was overwhelmed. I never experienced this before. I grew up my whole life being lonely and alone and I finally found a community with people like me, and not only were they like me but they liked me as well.

I was so happy to be a member here because I felt like this site was somewhere I could belong. I never felt that about anywhere else before.

So please give me another chance.

I know I had lots of warnings, and that the moderators showed me lenience and patience.

When I was out of control talking about Japan,

@blickpall was nice enough to give me my own thread where I could discuss Japanese culture which I appreciated very much and I tried my hardest to contain myself to that thread, which was difficult for me but I wanted to follow the rules and not get into trouble because I respected blickpall for giving me that chance.

And everytime I was warned I tried my hardest not to break the same rule again.

So I humbly ask you to please accept my sincere apologies and give me another chance.

@Crustaciouse another friend of mine who showed it's possible to reform if given another chance.

Again I am very sorry.

I miss my friends on incels.is very much, I miss this community which I consider my home.

Please accept my apology and let me come back.

originally, i'd told you that if you made an appeal a month or so after you came back from your trip i would have read and considered it, and that simply letting your offense slide would have been very unfair towards everybody else who had been banned for the same violation. you didn't appreciate that chance and have instead chosen to spread much misinformation about and cast aspersions on the mod team, the website and the community as a whole like a petulant child. it's obvious that you wouldn't appreciate being given a second chance. you simply want to be given a free pass outright because you think you're too big of a deal not to be afforded special privileges.

what's more, over in looksmax.org you've openly and blatantly bragged about your looks and successes with females, even in the west. you are 100% sure that you'll be getting laid in Japan, which you'll apparently be going to very soon, and even outright identify as a "Chad". you obviously don't belong in this forum anymore which you've admitted to yourself, calling the entire community here "crabs in a bucket", and have openly said that you hate this forum. looksmax is a much better fit for you.

i have made a severe and continuous lapse in my judgement

Venting It’s crazy how much power women hold over men. I remember getting my first match with my looksmatch. We wrote for weeks.

Have you ever been in "love"?

W
SuicideFuel There was a girl that used to hug every person in my friend group except for me, which cost me all my friends.