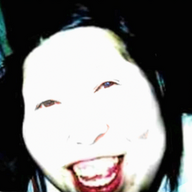 The first ban appeal i made was deleted and i don't know why, but i'm assuming i didn't seem serious so i'll try again.

its been 6 months since i was banned.

To preface this, regardless of whether those threads I posted in The Sewers were shitposts or not, they had the purpose of pissing off the mods and purposefully breaking the rules. The Sewers isn't my own place for disregarding all the rules and it would do no justice to other users who also use the forum and follow the rules in The Sewers.

The first offense got me a 30% warning by

@knajjd was where i foolishly posted a thread titled "trans and gay content allowed" in The Sewers. I was retarded not to consider my past warnings and weather or not it was done as a joke, i purposefully broke the rules and intentionally pissed off the mods. It made it seem like i was promoting homosexuality considering my past warnings, but i have taken my 6 month ban seriously and waited for that period of time. Hopefully I can prove that i can redeem myself and use this forum again.

"ANIECELS FELL FOR THE TRAP. ANIME AVIS ARE GAE CONFIRMED"

Again, I didn't consider my past warnings and this thread broke the above mentioned rules. The video had a character that had a penis and dressed like it was suppose to be a women. I didn't consider that character was a tranny and along with the thread title, it came off as gay.

I'm not a homosexual and never have I tried promoting it purposefully. I have never encouraged users on this forum to become homosexual and I haven't engage in any faggotry and I am still a virgin and haven't stuck my dick in a vagina nor has any female in real life shown me any indications of interest. Those threads I made granted were a slippery slope and if allowed, could continue to the point of opening the floodgates to faggots and turn this site into another /r9k/. I understand why this forum has a zero tolerance policy on any mere suggestion of homoseuxality, weather it was done as a joke or not. I'm only asking for a second chance and i won't repeat my offense again.

I want to be back in this forum

I was banned for posting low effort in old thread - can I get 2nd chance?