they are like alien cute entities, idealized versions of foids that we will never have. i could never really sexualize them even though their feminine traits clearly played its part in its ways.

ive tried eroge/vn before with the lack of better copes and the cringe teen romance was addictive even though i stayed soft the whole way. tbh they were the only 'education' i have on such matters, 10 year old foids are more mature than i am and i never did enjoy porn and watch more than a couple second. its only at age 20 that i learned basic female anatomy through vr pov, even then its i couldnt get to the serious part. im almost partially averse to it, perhaps due to stunted growth. part of me still cant believe females would put 6 inch dicks in their mouth and enjoy it. unfortunately the thought of it makes me ill.

i noticed that whenever i end up playing anime games for weeks, i stopped coomming completely, breaking my usual cycle. it is as if they cucked me mentally, putting me in a state of ldar, delusion and a complete lack of drive. its almost peaceful

when i go outside, the effect is opposite, bitterness, horniness and every thing negative, breaking my little bubble.

its truly over for me. is anyone nearly as fucked up? there is no peace outside of pure escapism

Opposite for me, they pump up my sex drive to insane amounts You sir, you are fucking gay.

no looks no life 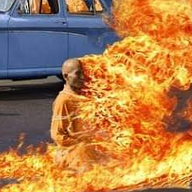 were you gonna use your sex drive anyways? 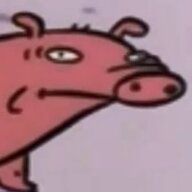 I only fap to 2D anymore. 3D kinda grosses me out these days.
R

240iq said:
were you gonna use your sex drive anyways?
Click to expand...

nope. having it supressed is a good thing for me

Wilfred said:
I only fap to 2D anymore. 3D kinda grosses me out these days.
Click to expand...

2d is too innoncent thats why i cant fap to it
You must log in or register to reply here.

W
Anyone else stressed about job?

Blackpill Never realised how important sex drive is until...

I hate people having sex