An aesop on appearance that I remember. 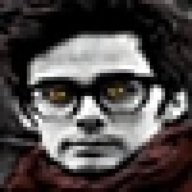 I've been at the same job for going on a couple of years now and I'm reminded of something my boss told me a while ago that clicked as many think on a woman judges you based on appearance.

My boss was talking to me and telling me how much of a good worker I was when he slight went out the mouth thanking God that a church member of my grandmother's church referred me as he would of never hired me on appearance alone. He knew he messed up from my changed disposition but I assured him I wasn't mad and was just curious to see if it was something I could fix.

Turns out no it had to do with my stature which came off as threatening despite me being able to smile and fake a pleasant appearance and my face combined made me in his words come off to somebody as a psycho killer waiting to happen.

He quickly changed the tone of the conversation and said that since I worked here for a while he learned that wasn't the case and that I matched the recommendation he got as I never got into trouble, didn't go to clubs, hang in the streets, cause trouble or wasn't mentally unstable.

Still this got me thinking back on my life as I missed plenty of opportunities, pastes over and could only get shitty retail jobs and warehouse work where they were either desperate or used up workers like condoms and tossed them.

I fit that phenotype to a T. I have a resting murder face irl and not only that, but a monotonous deep voice to boot.

However, I think that would help you with women more than it would hurt you, but good luck getting hired anywhere
You must log in or register to reply here.

Venting Psychologist mentally castrated me when I was just a child

RageFuel I Have A Coward Father

Wednesday at 9:27 AM
ChrolloLucilfer04
C

What I said to a foid at work today!